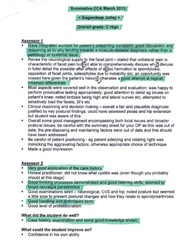 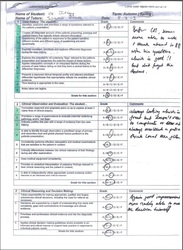 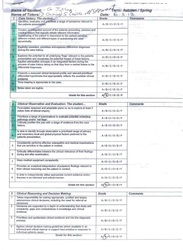 Unfortunately, my study group did not like idea of patient profiling. So as an alternative, I went in with as many new patients as I could, as a result I managed to have symptoms that patients actually complained of (even though we normally do this). I created differentials and used them as tick box so when my colleagues presented, I would know which ones I had and potentially missed. I would also mention differentials not mentioned by my colleague and tutor, explaining my thought process and justification, to see if it justifiable.

I did find this helpful. A lot of the time when you are observing colleagues it is hard to get your opinions or differentials across as it is not your patient, but talking to tutors they were very helpful and patient in allowing me to talk to them about other differentials. I have definitely broaden my differentials and have broadened my outlook. I feel confident in my differentials now more than ever.

Differentials
Discal herniation L5/S1 – keep it simple and stating the obvious with imaging.
Element of facet involvement compensating for the instability in lower back.
Secondary inflammation of SIJ due to over compensation.
+ associated muscle hypertonicity, gluteals, piriformis, psoas, etc.
Element of facilitation due to on going chronicity.

Tutor response
overall included most aspects
every basics covered, however a good chance to demonstrate osteopathic knowledge, talk about processes that occur in differentials
O/A hip justified, but less likely, was it worth including?

Onset – 2 years ago, NAR, gradual onset
Progression – over last 4/52, worsening, increase notability of pain
History – prescribed 4 weeks ago, noticed a postural change, constant flexion at neck to read.
Gout, 2 years ago, hallux (not sure which), managed and zero problematic.

Differentials
Disc – annular strain, less like herniation as no LEX symptoms
Facet – capsular strain due to the peak of loading was on full flexion
Recovering muscular spasm
less likely, but if poor technique and due to site of pain, sacroilliitis

Tutor response
did well to present, good linking of case history to differentials
BIG MISTAKE – missing the obvious, potential herniation 5 or 6 years ago, include potential early spondolytic changes, creates a better picture of the patient.

Tutor response
Good linking of asthma with the effects it has on biomechanics
be able to distinguish specifically between disc and thoracic outlet, for examiners sake.
Good knowledge of dermatomes and peripheral pathway
Keep it simple, no digging a hole for yourself.

Many thanks to the patients for allowing me to make this all happen.
Powered by